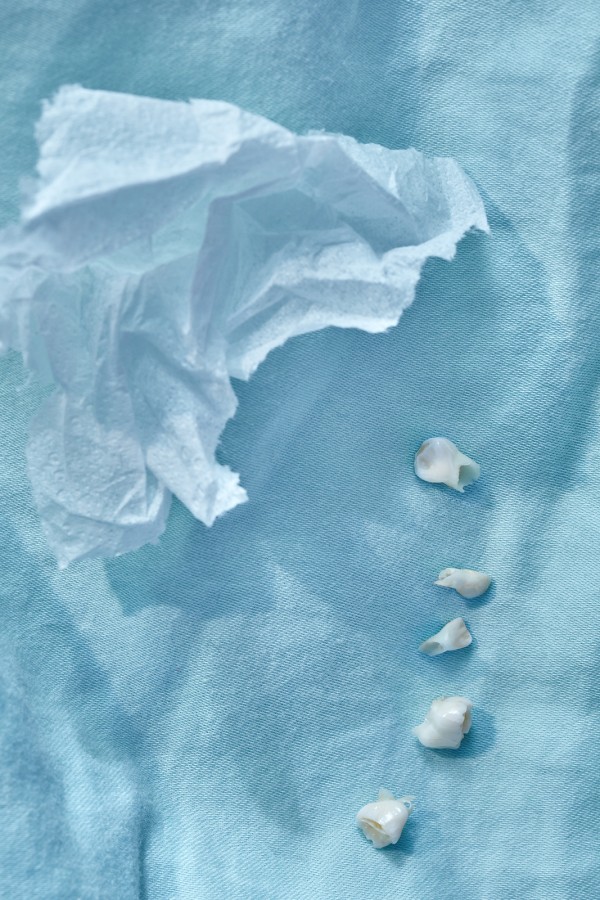 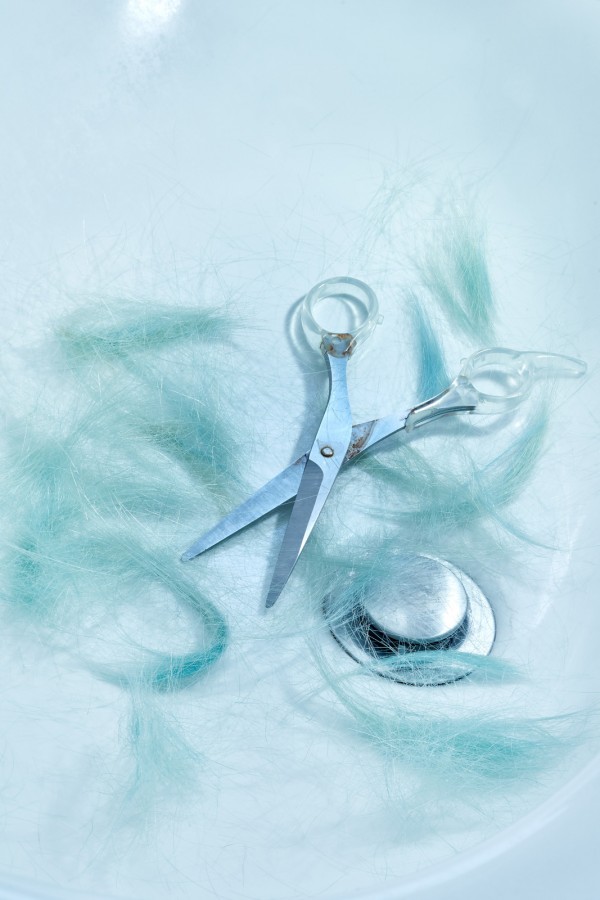 These images which I’ve called “First Child” are about moments in my daughter’s life that created in me a mental pause as a first-time mother. Each instance became a point of reflection where the inevitable revealed itself to me: that I had to accept change and also relinquish control. I had to face the reality that Genevieve would grow older, that she would get injured from time to time, and that she would herself be transformed (whether by her choice or not) and all of this was outside of my control regardless of my pleasure or dismay.

Depicted here, we have her saved baby teeth and hair from her first DIY dye job, followed by a haircut with an adventurous hand. There are so many first times in a child’s life and time works ever so swiftly to keep them from a parent’s grasp.

Lisa Shin is an Asian-American artist, photographer, and mother. With more than 20 years of experience in the commercial world, her work has evolved technically with the ever-changing landscape of the digital world. Now, in the face of ubiquitous social media imagery and the universal need for human connection, she embarks on a new era of personal work, starting with the subject of her first and only child. Lisa currently resides in a suburb of NYC with her teenage daughter Genevieve and her dog Pria.